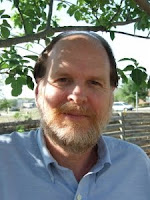 Steven Verrier, born in the United States and raised in Canada, has spent much of his adult life living and traveling abroad. He is the author of Raising a Child to be Bilingual and Bicultural, a prizewinning book published bilingually in Japan, and several short plays for the student market. His novels, Tough Love, Tender Heart and Plan B, were published in 2008 and 2010, and his recently-published nonfiction book, Class Struggle: Journal of a Teacher In Up to His Ears, is sure to raise eyebrows over the coming months. Currently Steven Verrier lives with his family of seven in San Antonio, Texas, and New Brunswick, Canada. You can visit his website at www.stevenverrier.com .

A: I’ve been writing seriously since I was a teenager. Interest intensified when I got to university, by which time I knew I was destined for a writer’s life. It was a long time until I got a book published, but earlier on shorter pieces – mainly articles – occasionally made it into print.

What do you consider as the most frustrating side of becoming a published author and what has been the most rewarding?

A: Most rewarding is seeing an idea come to fruition. Frustrating? Trying to stand out from the competition in an effort to attract a larger audience.

Are you married or single and how do you combine the writing life with home life? Do you have support?

A: I’m married with five kids, the youngest just a year old. My secret is nothing more elaborate than staying up late and getting up early.

Class StruggleCan you tell us about your latest book and why you wrote it?

A: Class Struggle: Journal of a Teacher In Up to His Ears is an account of my third year of teaching at “Webster High School,” an institution I’d characterize as dysfunctional. The main reason I decided to stay on for a third year at “Webster” was to document a year in the life of that wacky institution.

A: Sure. This comes from early in the 2009-2010 school year, when I was teaching English to high school seniors:

Here’s an email from the “Chief Sargeant” (spelled that way in the Sender line), forwarded to teachers today by the superintendent:

I LIKE TO KNOW WHEN YOUR TEACHERS ARE GOING TO COVER UP THEIR TATOOS? WHAT KIND OF EXAMPLE IS THIS FOR OUR KIDS? THIS IS NOT PROFESSIONAL!!!

Tattoos are big here – among students as well as teachers. I’ve actually had students react with surprise when I told them I didn’t have one.

There was farting galore during my fourth-period class at the end of the day.

That’s not all that happened during fourth period, though, because my students’ best answer of the day came during that class. While reading an Anna Quindlen piece from Newsweek (which is on the Eastside Independent School District’s required reading list for the first 12 weeks of the year … though incorrectly in the “fiction” category), we came across the word “gubernatorial.” I asked whether anyone knew what the word meant, and no one did. Then I said, “A presidential election is held to select a president.” After letting that sink in, I continued, “A gubernatorial election, then, is held to select a …”

One of my male students at least tried. His answer: “A goober?”

I just graded “open-ended responses” my first-period students turned in yesterday. The students were responding to two questions addressing a 1¼-page Newsweek piece in which the writer argues that antiabortionists should be clearer as to their proposed penalties for women who choose to have abortions. The writer, Anna Quindlen, points out that there’s a tendency to blame physicians while “ignoring or infantilizing women, turning them into ‘victims’ of their own free will.” We read the article aloud in class, I pointed out what Quindlen presented as the flaw in the pro-life position, and we discussed the article and the writer’s position.

Question #1 was: What problem does the writer have with the position of those opposing abortion?

I didn’t get a single coherent response to this. Students were instructed to answer the question, to support their answers with evidence from the article, and to provide a bit of further explanation or “insight.” They’d had years of experience writing short-paragraph open-ended responses, as these are a staple of English Language Arts instruction and standardized testing in Texas. Even so, responses ranged from “that it is wrong for girls to have an aborshion” (that was the complete response, right down to the opening lower case “t”; and Quindlen never asserted that abortion is wrong) to this effort, which is the best I got from anyone in my first-period class:

The problem the writer oppose about abortion is weather they should punish the women or not. “If abortion is made a crime then surely the women who has one is a criminal.” “How much time should she do.” This supports the writers position opposing abortions.

I won’t even mention how things went with Question #2.

I have students – a significant number, both regular ed and Special Ed – who treat school as one big joke. Why, then, is it taken as gospel that every kid ought to stay in school until he or she graduates? I have no doubt that some of my students would benefit more from being in the labor force – with its real world accountability – than from drifting through school. Despite what the President and nearly everyone else says, I maintain, let ’em work, let ’em learn responsibility, and let ’em continue their education when they become motivated to do so.

Recently in the faculty lounge, a counselor mentioned one of my students and described the boy’s ACT (college admission test) score of 23 as being “off the charts” or something along those lines. I didn’t break it to her that a 23 on the ACT is considered pretty average in the real world.


Where’s your favorite place to write at home?


A: It doesn’t matter. We’ve got five kids running around the house, so anywhere I can hide out for a few hours is fine.

What is one thing about your book that makes it different from other books on the market?


A: The voice. The irony. A healthy balance between detachment and concern. As a journal Class Struggle stands up literarily. And I think the reader can hear me laughing in a lot of places.

Tables are turned…what is one thing you’d like to say to your audience who might buy your book one day?

A: I think you’re in for a good read.

Thank you for this interview, Steve. Good luck on your virtual book tour!

A: Thank you. I hope you and your readers enjoy Class Struggle.

Visit this book tour here.
This interview was provided by by Pump up your Book.