Not Even the Sky is the Limt by Denise Zarrella 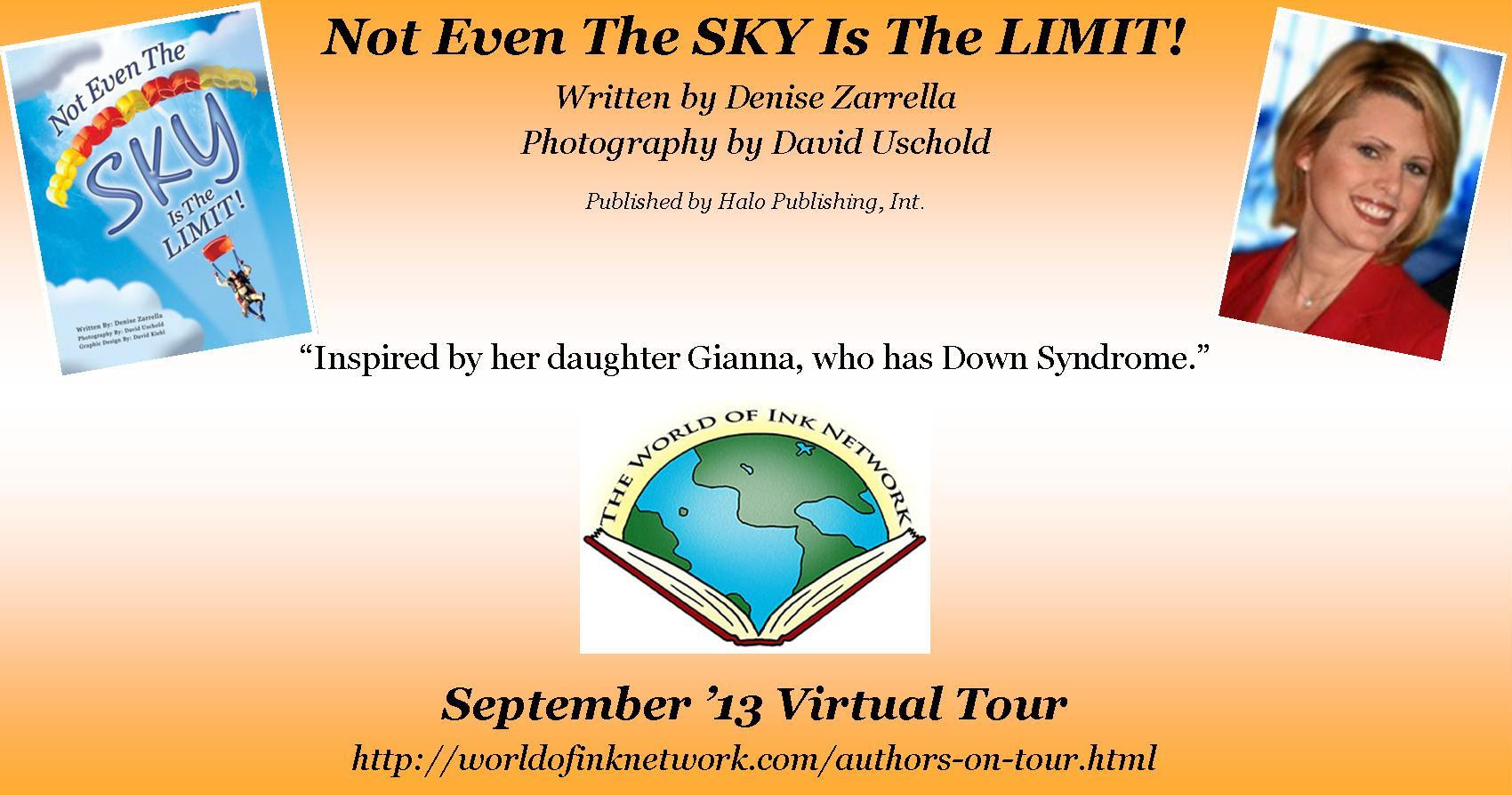 About the Book:
Not Even The SKY Is The LIMIT, is a book showcasing the abilities of children and adults with Down Syndrome. The book is the result of the author’s own beautiful journey to find out what life with her daughter would be like. Turn the pages and you’ll see that people with Down Syndrome are able to enjoy doing everything everyone else does. In fact, as you see here, not even the sky is the limit!

Not Even The SKY Is The LIMIT, is inspired by the authors daughter Gianna, who has Down Syndrome. The book is also meant for adults, who will clearly see by turning the pages that there are no limits to what those living with disabilities can do.

A portion of the proceeds from the book will be donated to organizations that improve the lives of people who live with Down Syndrome.

When this book came open to review I jumped at the chance because I have a niece that is 13 years old with Down Syndrome.  It is a wonderful picture book of what Down Syndrome children and adults can do.  Our family has been blessed over and over by our special DS girl in the family.  They have lots of love and are so sincere. This book is a wonderful tribute to those that are living and not letting their handicap keep them back.

Denise Zarrella is an Emmy Award-winning reporter who has spent the past two decades covering hard news. She has met with historic figures, including U.S. Presidents and roc stars, but the people she has been most touched by are the children at the center of many of her stories.

Zarrella began her career at Fox’s “America’s Most Wanted,” where she researched cases involving unsolved crimes and missing children. From there, she shifted gears to news and headed to Atlanta, where she became an Associated Producer at CNN’s World Headquarters. While at CNN, she began reporting for TBS’s morning show “Interact America,” and her on-air journey began.

She left CNN and TBS to become a full-time Anchor/Reporter at WBBJ, in Jackson, Tennessee. She has also world in Champaign, Illinois, and Wilkes Barre, Pennsylvania, which returned her to her hometown in the Poconos.

You can find out more about Denise Zarrella, her book and World of Ink Author/Book Tour at http://tinyurl.com/nouc27m

To learn more about the World of Ink Tours visit http://worldofinknetwork.com

a copy of this book was provided for this review by....

Posted by apple blossom at 9:28 PM