Winter of Wishes by Charlotte Hubbard 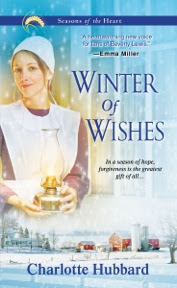 Seasons of the Heart
Book 3

Posted by apple blossom at 9:37 PM

Thanks so much for promoting my book on your website! I so appreciate the boost you've given my story.