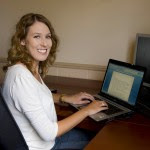 Julie first heard a creation science speaker at her church when she was just 15, igniting her interest in creation science and sparking an enthusiasm for defending the Bible’s account of creation. She has obtained a degree in health science, and is currently completing a degree in law. Julie is married with one daughter and lives on the east coast of Australia. 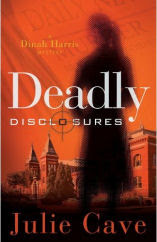 A Suspense-filled mystery which answers an ominous question: How far will some go to silence an influential Christian voice?

Thomas Whitfield, proud Secretary of the Smithsonian and its extensive scientific influence, has disappeared from his office with foul play suspected. Dinah Harris, an FBI agent struggling with alcohol and depression, is seeking answers amidst the fallout of her own personal issues.

Whitfield's body is eventually found, and other people connected to him begin dying as well, ultimately exposing a broader conspiracy connected to Whitfield's recent conversion to Christ and promotion of a biblical worldview in an academic world of financial gain hostile to this concept.

Will Dinah be able to experience the redemptive power of Christ before it's too late? Or will the ominous danger stalking her investigation claim another victim?

If you would like to read the first chapter of Deadly Disclosure, go HERE.