The Christmas Lamp by Lori Copeland 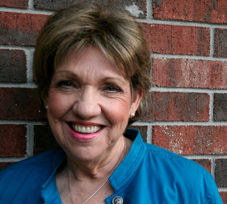 Lori Copeland has been writing for twenty-five years and has over three million copies of her books in print. She began her writing career in 1982, writing for the secular book market. In 1995, after many years of writing, Lori sensed that God was calling her to use her gift of writing to honor Him. It was at that time that she began writing for the Christian book market.

To date, she has more than 95 books published, including Now and Always, Simple Gifts, Unwrapping Christmas, and Monday Morning Faith, which was a finalist for the 2007 Christy Awards. Lori was inducted into the Springfield Writers Hall of Fame in 2000.

Lori lives in the beautiful Ozarks with her husband Lance. They have three sons, two daughter-in-laws, and five wonderful grandchildren. Lori and Lance are very involved in their church, and active in supporting mission work in Mali, West Africa. 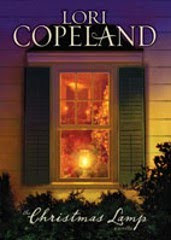 Christmas trees, twinkling lights, skating in the park, and holiday displays are the hallmark elements for celebrating Jesus birth for the sentimental residents of Nativity, Missouri. Will fiscal responsibility replace Christmas their traditions when times are tough? Though their priorities and methods clash, Roni Elliot and Jake Brisco want the same thing, for the town to prosper. As the two get to know each other better, each begins to gain a new perspective on what the real wealth of Nativity and the season might be.

If you would like to read the first chapter of The Christmas Lamp, go HERE