My Review:
In this book you'll read about heroes who don't want that title. They claim, "they were just doing their job. or doing what they were told to do. " You'll read about the experiences, memories, emotions of these brave soldiers, seamen, Marines and defenders of our country. These Veterans share their memories and experiences of Iwo Jima, D-Day, Pearl Harbor and much more. It's first hand accounts from 48 men and 2 women with many of them sharing painful memories. "These memories needed to be penned because WWII veterans are becoming rare," says Diehl several men have passed away since Diehl's interview with them. Diehl made notation of those men. Many of these men were in life or death situations; it was kill or be killed. They received training for their physical body, but nothing could prepare them for the mental anguish they had to endure. Many recall seeing buddies and comrades fall to enemy fire. These vets are from very diverse positions and very much decorated. I don't think there was one that didn't have at least three stars, medals or awards after leaving their position of service to their country.

Diehl did an excellent job compiling these stories into this book. At the beginning of each chapter, Diehl gives a brief bio of the man (or) woman and their position title. I totally enjoyed reading about these that sacrificed for a cause; their ( our) country, their ( our) freedom. I raise an American flag to this author and these that he honored in this book.

World War II Heroes of Southern Delaware is a book unlike any other ever written. In its pages are profiles of 50 ordinary Americans who did extraordinary things during a time unlike any other in American history.

These are men and women who today call southern Delaware home. In the 1940s, these brave Americans put their lives on hold to fight for freedom and democracy against the horrific threat imposed on the world by Emperor Hirohito of Japan and German Fuhrer Adolph Hitler.

When Imperial Japan attacked the United States naval base at Pearl Harbor, Hawaii, on Dec. 7, 1941, the world changed forever. These men and women were a big part of that change; they fought to protect our freedom and our way of life.

Among the amazing stories you’ll read in “World War II Heroes of Southern Delaware” are:

Readers of World War II Heroes of Southern Delaware will also receive a bonus section on Fort Miles, the immense, heavily fortified military facility built to protect the mouth of the Delaware Bay and the city of Philadelphia from an attack by the German navy. Today, the fort is being renovated and will soon become one of the largest World War II museums in the country. 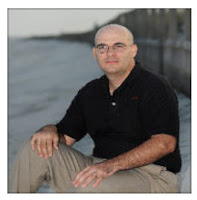 James Diehl is an award-winning journalist who has covered Sussex County, Delaware for various media outlets since 1998. Since 2007, he has owned and operated a freelance writing company based in Seaford, Delaware and is also a partner in a Lewes, Delaware-based public relations and marketing firm. He is the author of one other work of non-fiction – “Remembering Sussex County, from Zwaanendael to King Chicken,” published in 2009 by The History Press. James lives in Seaford, Delaware, with his wife and two daughters. You can visit his website at www.ww2-heroes.com.

Ed Roberts will never forget the day American tanks rolled into Moosburg, Germany – more specifically into “the hole” the Germans called Stalag 7-A, a prisoner of war camp where the Pennsylvania native spent nine months as a guest of the German government during World War II.

It was, as a fellow prisoner later penned in his memoirs, a day when he saw 10,000 men cry. “You just can’t imagine the joy we felt after almost a year of making do under all kinds of situations,” Roberts says.

When American tanks rolled into the compound and started distributing K-rations, Roberts – who at the time was down to a mere 135 pounds – and his fellow prisoners started gobbling them down like they were candy.

“But after all that time, nothing tasted good,” he remembers.

As a prisoner of war in Germany, Roberts and his fellow captives called themselves kriegies – short for the German word kriegsgefangenan, which appropriately translates to “prisoner of war.”

As a kriegie, Roberts essentially had no rights. But when the American flag was raised over Moosburg in April, 1945, he realized his time in “German hell” was over.
Decades ago, former kriegies started the “Kriegie Klarion,” a monthly newsletter for those who suffered in German prisoner of war camps during World War II. Vernon L. Burda, who was in Stalag 7-A with Roberts, penned the following passage after the camp was liberated by American soldiers on April 29, 1945.

“…for no apparent reason, a hush fell over the compound and all eyes turned toward the town in which stood two high church steeples. [More than] 20,000 eyes saw machine gun bullets splatter against the steeples – a period of quiet – and then it occurred. [It was] a scene, the happening of which brought tears streaming down the face of every single American prisoner of war there, and a sob from every throat.”

The passage continues: “We saw the greatest sight – the most emotional minute that we would probably ever witness. Raised before our eyes and flying defiantly above one of the church steeples was the symbol of our beloved land. The American flag!”

It was an emotional end to a fantastic journey that saw Roberts leave Pennsylvania State University and transverse the American landscape while training to become a fighter pilot. Joining the U.S. Army Air Corps on Nov. 11, 1942, all he ever wanted to do was fly.

“That was always my interest,” he says simply. “I took all kinds of physical and mental tests and, after that period, people in charge would say if you should be a pilot or a bombardier, or whatever. My classification was a fighter pilot.”

Roberts spent time training across the South, including stops at military facilities in Tennessee, Arkansas, Georgia, South Carolina, Alabama, Virginia and Florida. He even spent about a month flying P-47 Thunderbolts at Dover Army Airfield, now Dover Air Force Base. Finally, in the summer of 1944, he was sent to England and assigned to the 412th Squadron of the 373rd Fighter Group.

His unit was based on the beaches of Normandy following the D-Day invasion – Roberts says he’ll never forget the first time he flew over the famed beachhead.
“After the invasion, the Americans stayed in one place and they brought in all kinds of supplies,” says Roberts, who missed participating in the D-Day invasion by just two weeks. “Every free space on that beach was loaded down with supplies. It’s hard for people to understand the enormity of the whole thing. All we could see when flying over was hundreds of ships in the water and lots of supplies on the beaches.”

Taking off from Normandy to the south, Roberts says he would only be in the air for 400 to 500 yards before he was over enemy lines and, thus, taking enemy fire. He flew four missions before being shot down and taken prisoner – he still remembers it as if it was yesterday.