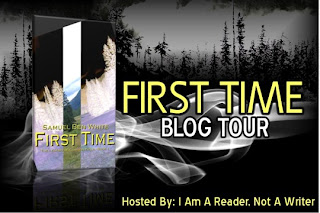 She looked as if she still wanted to touch him, but kept her distance.  Then, it was as if she were seeing him in a whole new light as she said, "Wait a minute, you've changed.  How did your hair get so long in two seconds?  How did you grow a mustache that quick?  And those clothes?  Except for that jacket, you look like you're ... from the revolutionary war or something.  And you look older."  She looked extremely concerned as she implored, "Garison, what happened?"

He demanded more forcefully, pronouncing each word carefully and distinctly, as if she might not have heard him before, "Who are you?"

"Heather," she replied, as if it were something he should know.  She took a step closer, but he took a step further away, backing down the workbench, keeping one hand on the cabinet as if it would steady him.

"Heather?  Heather who?  I don't know a Heather.  What kind of name is that, anyway?  A plant name?"

"You don't remember me?" she asked, seeming totally at a loss—and looking genuinely worried.

"Fitch?  You're not related to me.  Just what are you trying to pretend here?"

She reached out to touch him again and again he slapped her hand away, this time with more force.  As she brought the hand back, seemingly shocked that the slap had stung, she said, "I'm not just related to you, Garison.  I'm your wife."


"What if history didn't happen that way ... the first time?"

Garison Fitch was one of the most revered scientists in the Soviet Americas until he left fame behind to work on a secret project in his log cabin in the mountains of Marx.

But something went wrong. Instead of traveling interdimentionally, Garison has traveled through time ... twice.

Now, he's in something called "The United States of America" and a woman he's never met before is calling herself his wife. It it a hoax? Or, has he somehow changed history?

If so, can he return the world to what he believes is "normal", or must he live in this strange world he created? 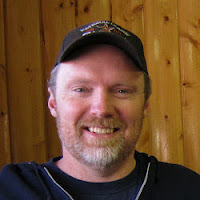 Samuel Ben White (“Sam” to his friends) is the author of the national newspaper comic strip “Tuttle’s” (found at www.tuttles.net) and the on-line comic book “Burt & the I.L.S.” (found at www.destinyhelix.com). He is married and has two sons. He serves his community as both a minister at a small church and a chaplain with hospice. In addition to his time travel stories, Sam has also written and published detective novels, a western, three fantasy novels and four works of Christian fiction.