Teeing Off with Byron By Peggy Nelson 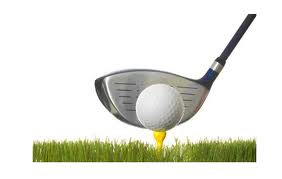 Teeing Off with Byron
By Peggy Nelson

Other than my new penchant for prevaricating, the breakfast was delightful, and soon we were on our way to the first tee at NCR Country Club, where the pro, Jeff Steinberg, was waiting for us. I had at least had the good sense to alert him that Byron was coming and to let him know not to noise it about, because I certainly did not want a crowd around for my first drive in front of
Byron Nelson and possibly the entire membership, their spouses, and a gaggle of children.

As luck (and the Lord) would have it, I hit a whopper of a drive, for me at least. It sailed high off the elevated tee and far down the hill, tailing off just a touch to the right and a few feet into the rough. Byron looked a little surprised, though my subsequent play lived up to my earlier bad expectations. I remember very little of that round, other than just enjoying being with him and wishing I could play better. But he did not seem to care about my score at all, though he did show me a great little chipping technique I could do with my six-iron when I was close to the green but a ways from the pin. It has come in handy many times since.

About the rest of his stay, I donʼt recall a lot. The Bogey Busters event that year was played at a different course, and naturally I went out to follow my hero. As it happened Byron was paired with none other than Johnny Mathis, the singing legend and a great part of my high school fantasy life from twenty years before. Wow! Here I was with two celebrities, pretty tongue-tied, and just living in a state of suspended animation, wondering to myself, Will I ever recover from this out-of-body experience?

By the time Byron flew back to Texas, we both knew we had the start of a wonderful friendship . . . that was rapidly becoming far more serious. The phone calls and letters came and went more often now, and soon we were talking about marriage, even though this was just July and August, only a couple of months after we had reconnected five years after our first meeting.

Peggy Nelson lived most of her life in Ohio, then moved to Texas in 1986 to marry world- renowned professional golfer Byron Nelson. A writer by profession, Peggy worked for twelve years in advertising circles in Dayton, Ohio. After moving to Texas she authored the history of Scottish Rite Hospital for Crippled Children in Dallas. And in 1992 she assisted Byron in the writing of his autobiography, How I Played the Game. Peggy continues to live at and helps manage Byron Nelson’s Fairway Ranch in Roanoke, Texas, plays golf occasionally, does a little flower gardening, tends her small flock of chickens, plays piano, attends Bible classes, volunteers at the new Byron Nelson High School, and serves as a greeter at her church. She is also a busy volunteer at the HP Byron Nelson Championship in Dallas each year. Peggy delights in her many friends, in visits to and from her sons and their families, and in the thousands of happy memories she has of her life with her beloved Byron.

A copy of this book was provided for this review by KCWC.

This blog tour is through: